Having a Labrador Retriever in your home is a great experience. This dog breed is smart and energetic, giving you some of the great experiences that you need when adding a dog to the family.

But when it comes to training the dog, you want to make sure that you are choosing a dog who is easy and will listen to your commands.

When it comes to the Labrador Retriever, you may wonder whether the male or female is easier to train.

Are Male or Female Labrador Retrievers Easier to Train?

They want to impress their owners and they are smart enough to learn a lot of the commands that they need to faster than one of the other breeds that you can choose.

Let’s take a closer look at this dog breed to see which one is easier to train.

Bringing a Labrador Retriever to your home is a great decision.

This allows you to have a lovable dog who will be there to provide some of the support and more that you need and a constant companion for your kids as well.

But you want to make sure that you are able to get the training done with the dog ahead of time to ensure that they behave and do things the way that you would like.

What Makes Female Labs Easier To Train Than Males?

Many pet owners wonder whether the male or the female Lab is going to be a good one to get when it comes to training.

It is often going to depend on what age the dog is when you would like to get them trained as well.

If you are doing it earlier on, the females will do better because they mature faster than before.

But when they get older, the males are better because they will be more loyal and ready to please their owners more than the females.

Their minds are ready to go with this and they will stop being puppies earlier than the males.

The biggest issue that comes with training your Labrador Retriever when they are a female is that they are very independent.

They like to be able to do things their own way, and not necessarily the way that you would like them to do.

This can make them a bit difficult if you do not work on the training early on.

This independence can be nice as they get older in some respects, but with training, it can pose a few problems.

There are some times when the male Lab is going to be better for some of the training that you would like to do.

They do not mature as quickly as some of the female Labs, which will slow them down.

You will need to wait a little bit longer to figure out when to train them because they may not be ready if you try to do it a little earlier.

If you wait until they are a bit older, you will find that they are able to go through all the commands that you want without a lot of problems.

As the dog gets older, you will find that the male dog can be a little easier.

These dogs are not as independent as you will find with the females and they like to please their owners.

This makes them a bit more amenable to learning some of the commands that they need along the way.

But since it takes them a little longer to calm down, you may find that you need to have more patience in order to get them trained and ready.

How Do Male and Female Labs Attach to Humans?

The ways that the dog will be able to attach to their owners will determine how well they are able to listen to commands and how eager they are to please their owners.

The male and female lab is going to respond to this in a different way.

You will find that attachment is something that both the female and male labs are going to be comfortable with for their owner. They are just going to do it in a different manner.

Both are going to show a lot of love for their humans compared to some of the other dog breeds that you have. But there is going to be a difference between how they will attach to the humans or how they are able to show it.

While both are going to need lots of love from their owners and they like to give the love, you will find that the females are often more independent than the males.

The males will show undying love and will do everything in their power to please their owners. The female Lab is not really aloof, but they are going to be more independent and may show it in other ways.

Since the male Lab is more likely to want to please their owners, they are easier to train in some instances.

If they see that listening to a command is going to provide them with more love and attention, then they will work harder to do the commands and master them.

The females are better at learning the commands and can do it faster, but they are more likely to do it when they see this as a way to improve their lives, rather than for pleasing their owners.

Is a Male or Female Lab More Independent?

The level of independence that the dog has is going to determine how easy they are to train.

You will see that this independence level is going to be one of the largest differences that you can see between the male and females of this dog breed.

In most cases, both of these dogs are not going to be happy when it comes to being alone for a long period of time without their humans.

With that in mind, the male of this breed will often be needier compared to the females.

The female Lab is going to have a stronger will and are happier when the humans are just nearby to interact with, while the males want more of the interaction and involvement from their owners instead.

If they are ignored at all, then this can make them feel like they are abandoned instead.

It is also likely that the males are going to follow the humans around as much as possible.

They will want to go from one room to the next when their humans more in order to not be alone.

On the other hand, the females are found to play or sleep on their own, just as long as they know that the humans are nearby and there if needed.

This eagerness to be near the humans is going to make the males a little easier to train.

But for females, they may find that independence will help them to handle some things on their own a lot more as well.

However, both are smart dogs and like to learn quickly, so you should not find a lot of issues when it is time to train the Lab, whether you have a male or a female dog to work with.

When you have a Labrador Retriever in your home, you need to take the time to train them.

This is one of the best ways to make sure that they show the behavior that you want in your home, without them terrorizing things, eating things they shouldn’t, or causing other problems.

Both male and female Labs are going to be good for the home and you will find that both are eager to show how much they care by learning the commands as quickly as possible.

And both dogs are smart enough to learn these commands quickly.

Start the training as early as possible in order to avoid some potential problems with the dog later on. 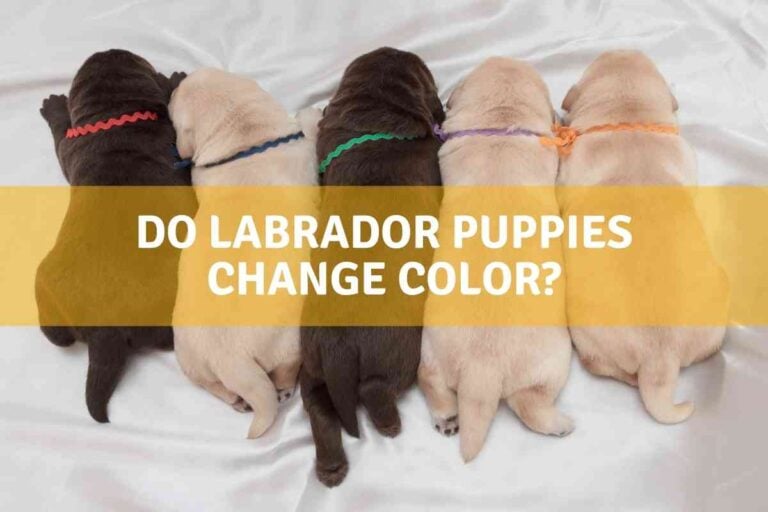 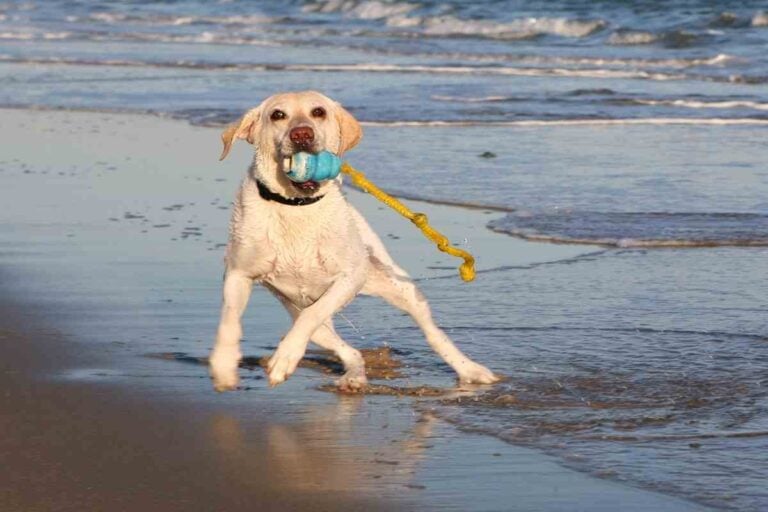 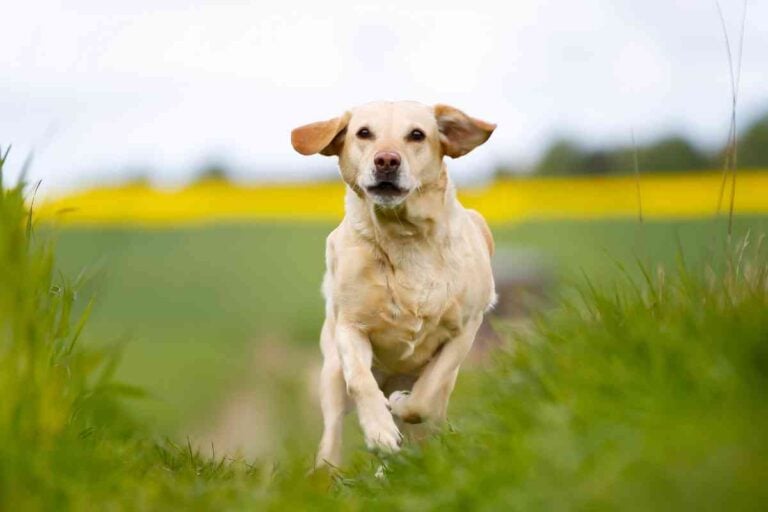 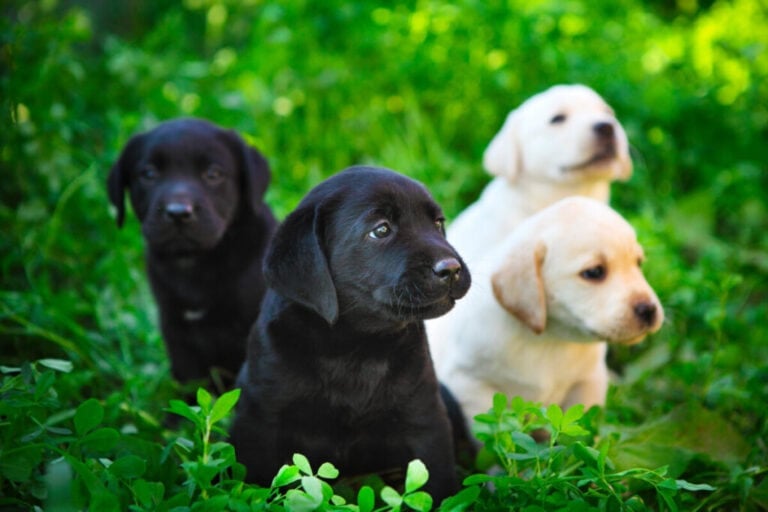 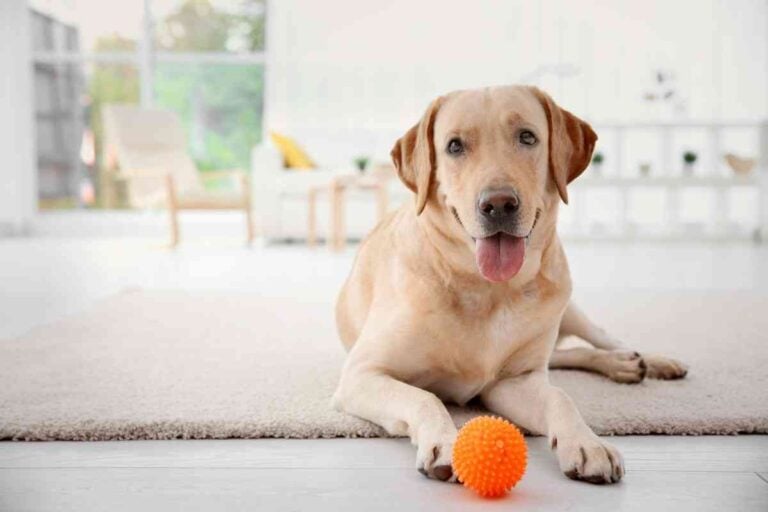 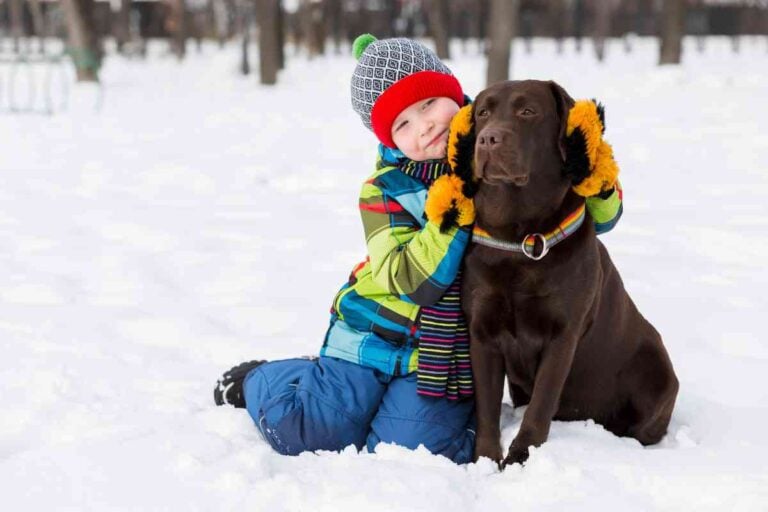