Choosing between a Pitbull or Golden Retriever may be challenging without proper information about the two breeds. So, how do they compare?

How do Pitbulls compare to Golden Retrievers?

In our search for the answers, we spoke with several owners of both breeds to collect information from people who had experience with these dogs directly.

Our on-staff veterinarian also provided a ton of helpful material which we used to create this guide. Before going into the comparison of both breeds, let’s get a bit of background on their history.

First bred in the Scottish Highlands, Golden Retrievers were hunting dogs. The Scottish estate owners desired a dog catching birds on land and in water due to the number of ponds and marshes on their hunting grounds. As weapons improved, retrievers needed to carry birds further.

Dudley Marjoribanks bred a yellow retriever with a Tweed water spaniel. He kept thorough records in the late 19th century to prove he had created a dog with a soft mouth for a retrieving game that was also powerful and active.

As the breed gained popularity in England, the Kennel Club recognized it in 1911.

Early in the 20th century, Golden Retrievers were brought to North America as hunting dogs and pets, and in 1925, the AKC recognized the Golden retrievers.

pitbulls are fighting dogs developed in 19th-century Scotland, England, and Ireland to hunt semi-feral cattle. The United Kennel Club recognized the pitbull in 1898.

Even though these dogs were bred and trained to be aggressive, hatred toward people was avoided because they had to be controlled even when fighting. Breeding dogs didn’t have these traits.

As a result of dog fighting, which is now illegal, careless breeders cultivated these qualities in their animals. They abused them, giving them a terrible temperament. Due to well-publicized assaults by Pitbulls on humans, the government implemented laws banning their possession.

Comparison of The Pitbull vs Golden Retriever

While the pitbull belongs to the Terrier Group, the Golden Retriever is more of a sporting dog. Although these breeds may be distinctly different, they also share a few similarities.

The Pitbull has been a victim of careless breeders and careless, dishonest owners. This terrible combination has led to a perilous scenario for this devoted breed, together with the biased journalism of the press. There is a lot of false information being spread.

Choose a Pitbull if you want a dog that will stay with your family for a longer period of time. The average lifespan of a Golden Retriever is between 10 and 12 years, however with the best care, its lifespan can reach over thirteen years. Pitbulls can live between 8 and 16 years, but the typical longevity of this breed varies.

Pitbulls are somewhat smaller and lighter than Goldens. A Golden Retriever weighs around 55 to 75 pounds, while Pitbulls typically weigh approximately 30 to 65 pounds.

Before diving into their similarities, let’s take a look at how different they are:

Pitbulls have square-shaped heads and constant smiling faces thanks to their broad jaws and ears that poke out.

Although certain Pitbull owners have their pup’s ears cut, it is unnecessary, and they mainly do this for aesthetic reasons. Pitbulls can sometimes be short and muscular or tall and slender, based on the breed or combination of breeds.

The Golden Retriever, on the other hand, has curly or flat, water-repellent fur that ranges in color from golden to beige. This breed’s most appealing traits are the specular highlights on its neck, thighs, legs, tail, and bottom.

The canine has a strong, broad head, with small ears positioned upward on the head, which hang slightly under the jawline, a wide chest and a proportioned body.

Pitbulls are somewhat smaller and lighter than Goldens. A Golden Retriever weighs around 55 to 75 pounds, while Pitbulls typically weigh approximately 30 to 65 pounds.

Golden Retrievers are slightly taller than Pitbull. A Pitbull usually measures 17 to 21 inches from foot to shoulder, while the Golden is around 21 and 24 inches tall.

If you’re looking for a dog that will stay with your family longer, go for the Pitbull. Golden Retrievers typically live between 10 and 12 years, but under the greatest care, a Golden Retriever’s lifespan can be over thirteen years.

Pitbulls have a lifespan of 8 to 16 years, but this breed’s average lifespan varies. The American Staffordshire Terrier and the Staffordshire Bull Terrier have the longest lifespans of the group.

While hip dysplasia is common in many breeds, the health condition is more prevalent in the Pitbull. This condition limits the canine’s mobility, raises the risk of hip dislocation, and makes arthritis worse.

This breed also commonly suffers from skin sensitivity issues, making many people close to the dog experience skin rashes due to allergies.

Golden Retrievers mostly suffer from eye problems such as cataracts, pigmentary uveitis, and Progressive Retinal Atrophy. The Golden Retriever also has the greatest cancer rate among all dog breeds.

A Pitbull’s cost can vary substantially; some are fairly modest, while others with good genetics cost significantly more.

Several factors help determine the cost of a pitbull, but the two most common are the breed of the Pitbull and its ancestral lineage.

A Golden Retriever can cost between $1,000 and $3,500 when bought from a reputable breeder. The cost of the puppy mostly varies depending on the breeder’s location. A breeder in an expensive state, say, New York, will charge more than one that lives in another significantly cheaper state.

Golden retrievers are arguably the most active of the two breeds. Goldens need extra stimulation because they once were working dogs. The breed needs to get at least two hours of good exercise every day.

Because this breed gets bored easily, spreading out the exercise throughout the day with running, walking, training, and extra playtime, is the most effective method to ensure you get their two hours of workout in.

While Pitbulls are also a high-energy breed, they only need 30 to 45 minutes of exercise daily. You can take them for a walk or leave them to play in the backyard with other neighbor’s dogs.

pitbulls are often fun, easy to groom, and low-maintenance dogs. Although their short, single coats don’t require much maintenance, a quick brush, clean, and trim will work the magic. Careful grooming reveals the breed’s normal allergies and skin conditions, leaving your Pitbull clean and healthy.

Golden Retrievers’ renowned, gorgeous, smooth-to-the-touch coats are unmistakable. Their two-layer coat comprises a thick undercoat and a water-repellent outer coat. Due to the nature of their coat, a routine maintenance schedule is essential.

Owners must uphold a high standard of care to keep their Golden Retriever’s skin and coat healthy. These animals require professional grooming every so often.

The Pitbull is more likely to defend their family in the event of danger. Although loving and caring to their owners, Golden retrievers probably won’t spot danger as fast as pitbulls do.

After looking at how different these breeds are, here are their similarities:

The temperament of the two dogs is quite similar. Both of these dogs love kids, although we may argue the Pitbull may be a bit more loving to kids. This explains why it is popularly known as the ‘nanny dog.’

The Golden Retriever and the Pitbull quickly and easily approach strangers, which discredits both of them as suitable security dogs.

They are both, however, responsive to human emotion. If you’re having a rough day, you can rely on these puppies to shower you with affection and cuddles.

Both the Pitbull and the Golden Retriever are easy to train. They are highly intelligent, so you can easily teach them many new tricks and fundamental commands.

Both breeders are extremely loyal to their owners and value them alot. For this reason, they are inclined to follow their owners’ commands and will only require a few corrections. You don’t need professional training to teach these breeds basic stuff.

Goldens and Pitties are both active, energetic dogs, which is why youngsters enjoy them. Both of these breeds will be ready to play at any time. Do not expect them to sit pretty on your couch all day except when they are sick or extremely tired.

But, the Golden is unquestionably the calmer of the two breeds in the house. Golden Retrievers have this balanced personality which has a soft spot for many family members, while the Pitbull may get zoomies during the day, but nothing a quick time-out can’t fix.

Can You Keep A Pitbull As A Pet?

Although debatable, our answer is yes. Depending on who you’re talking to, a debate over Pitbull dogs can get very heated.

Some may argue that Pitbulls should never be allowed near young children and other animals.

Still, we insist. Pitties make some of the best family dogs when well-managed and appropriately owned. This breed is rated to have one of the most consistent temperaments of any purebred dog.

For over two decades, the Pitbull has been victimized by irresponsible breeders and negligent and nefarious owners. This dreadful mix, combined with the biased journalism of the press, has fostered a dire situation for this loving breed.

There is plenty of wrong information being peddled around. Those who have owned or interacted with one know how wonderful these animals are.

Can You Keep A Golden Retriever As A Pet?

Topping popularity ranks, Goldens are renowned for making the best family pets, and for a good reason. Golden Retrievers are entertaining, kind, wise, and obliging. They also require a lot of love, activity, and basic obedience training.

Golden retrievers often have a golden disposition that makes them good with kids. They are charming, funny, tolerant, adorable, and have contagious energy. Golden retrievers are extremely devoted to their owners.

Therefore being apart from them for an extended period causes them great anxiety.

Goldens are among the kindest and gentlest dog breeds because of their inborn desire to please their owners. It is not surprising that these dogs have a reputation for helping with depression treatment.

Yet, all these good qualities come at a price. Your dog should not be left alone for more than eight hours at a time; if you are absent from them for any longer, they may grow anxious and restless.

Who Will Win If A Pitbull And A Golden Retriever Fight?

If I were to place a bet on the two, I would go for a Pitbull. While the Golden Retriever is bigger, stronger, has a stronger jaw, and is more likely to fight with all four legs on the ground, it will get tired faster, giving the Pitbull an upper hand in winning.

The Pitbull will also likely win the fight because of their incredible vigor and ferocity. 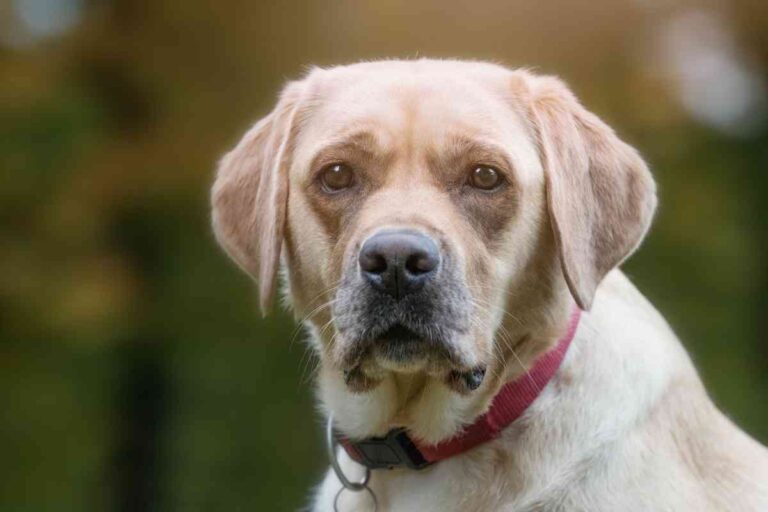 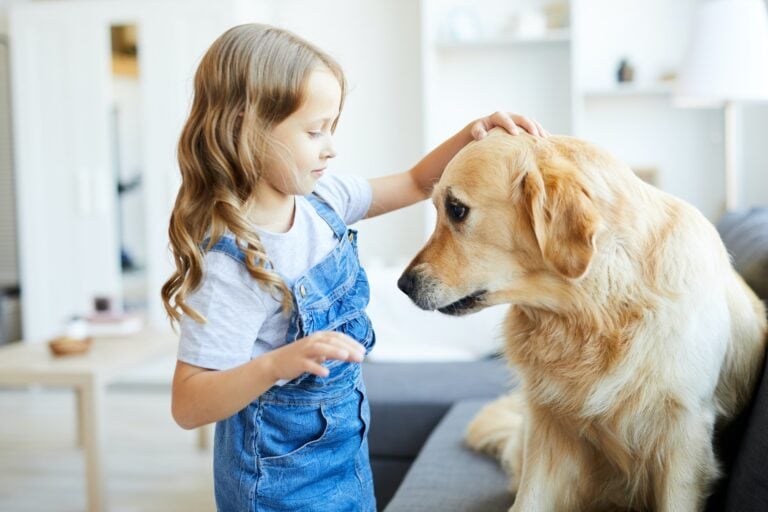 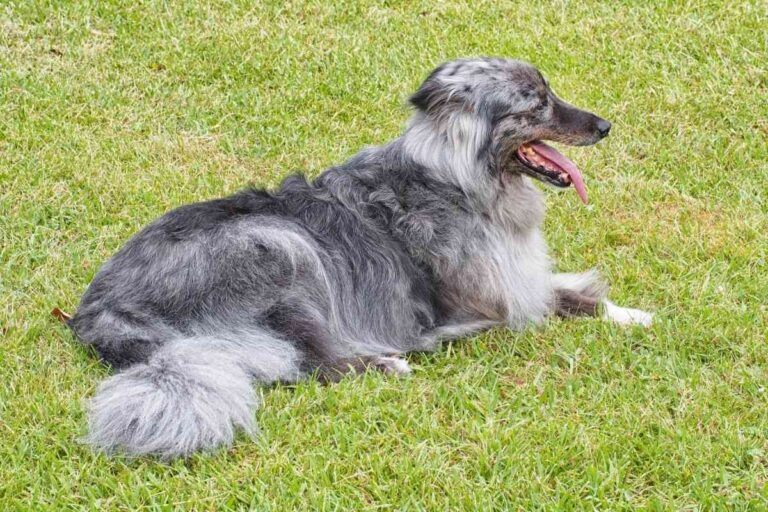