When Do Golden Retriever Puppy Teeth Fall Out?

So, is the constant chewing driving you crazy? Well, we’ve got some good news and some bad news for you. Golden Retrievers are inclined to chew naturally, especially during the teething process, so there is pretty much nothing you can do to prevent that. What you can do, however, is manage and educate them to chew on anything but your leather shoes and other delicate items around the house.

After careful research and after speaking with many dog owners, we have put together this guide to help you learn everything you need to know about when Golden Retriever puppy teeth fall out and how to manage them.

Does a Golden Retriever’s Baby Teeth Fall Out as a Result of Excessive Chewing?

The loss of baby teeth in Golden Retrievers is not directly related to them chewing on toys or other objects. As a Golden’s adult teeth erupt and force the baby teeth up and out, losing puppy teeth is a common occurrence.

However, the dog can push out his adult-sized teeth with the help of gnawing.

Golden retrievers are known for their propensity to chew on virtually everything they come across. They are referred to as “natural-born chewers” as a result. While most dogs chew occasionally, Golden Retrievers chew more frequently than the majority of dog breeds. What makes these puppies chew so much?

Therefore, chewing does not only occur during the teething stage. This behavior is more habitual. Given that Goldens were initially intended to be retrievers, it may also be genetic. As a result, they have to learn how to manage their bite pressure in order to retrieve something without hurting it. So, as a result, they chew.

Although chewing is a natural behavior for Golden Retrievers, you cannot let them chew on objects that are inappropriate or harmful for them. For instance, you wouldn’t want your dog to utterly destroy every pair of shoes in the home.

Puppy Teething Signs and How to Handle Them

Given that your Golden Retriever will begin losing teeth between the ages of four and eight months, you might be wondering what teething symptoms to look for and what to do if you do. Some of the most typical signs of teething include the following:

For the majority of Golden Retrievers, losing appetite is a common indicator of teething. You shouldn’t worry about this. It hurts while a puppy is teething, and eating less is quite natural during this time. Instead, you’re urged to keep giving your dog dry food rather than moist food. Strong gums and teeth can be developed by eating dry food.

Gum swelling is just another sign that a puppy is teething. You can see the reddish gums that appear to be inflamed when you peek inside your dog’s mouth.

You can see blood on your Golden Retriever’s toys and other chewables when he is teething. This is a result of the natural teething process known as bleeding gums.

First of all, rest assured that all of these occurrences are common. It indicates that your Golden Retriever puppy is developing normally. It’s time to purchase some essential items and toys for your dog to chew on if you haven’t already. This will help your dog feel less discomfort in his gums.

Think of children’s toys that have several ridges and nubs. Make sure you get both soft and hard toys for your dog. Cow hooves and frozen goods are two other excellent suggestions for puppies to chew on when they’re teething, although these toys are often given to adult dogs as well.

Additionally, you may tie some clean washcloths into knots and freeze them. Throw them to your Golden when they have frozen, then let him chew. You might even detect some of the teeth already prepared to fall out during this period.

When do the adult teeth erupt in golden retrievers?

Golden retrievers, like any pups, have razor-sharp, tiny teeth that feel like piercing needles when your pet playfully bites your ankle. Don’t get them wrong, though; that’s just their way of getting your attention. They’re not being harsh or pushy.

All dogs are born toothless and develop a set of 28 baby teeth at around three to five weeks old. There are several ideas as to why these teeth are so sharp; some contend that it is because they are carnivores and must be able to rip meat, which is not exactly what happens at this stage when puppies often rely on their mother’s milk.

Another explanation is that puppies don’t eat solids, which would wear down their baby teeth. Thus they remain sharp.

The bottom truth is that until baby teeth are replaced by adult teeth and your dog is four months old, you’ll have to learn to deal with this issue. That is the average, yet each dog is unique. In general, a golden retriever loses all of his baby teeth between the ages of four and six months, and 42 adult teeth take their place.

The process of losing teeth is quite painful for puppies because of the teething process. They begin biting and nipping on anything they can to ease their discomfort.

Golden retrievers go through the same phase of teething as humans, although on a different timetable. Prior to losing their 42 permanent teeth, which serve as their adult teeth, Golden Retrievers first develop a set of sharp and pointed primary teeth (baby teeth).

While dogs lack newborn molars, Golden Retrievers start teething around the age of 3 weeks. When they are between four and six months old, they lose their baby teeth.

You might find their primary teeth on the floor, or they might swallow them while eating, but neither situation is dangerous, so don’t be alarmed. When their baby teeth come out or are still coming out, there may be some bleeding, and you might see a light red stain on their chew toy.

How can you tell if your dog is teething?

You can tell if your puppy is teething by looking out for the following signs:

When a golden retriever is six to eight months old, teething stops. After then, they will still chew, gnaw, and bite, but at that time, all of their canine teeth have been replaced by adult teeth. Technically, the teething process is over.

Six of the 42 new teeth, called incisors, are found in the front of the mouth of your retriever between their larger canine teeth, which resemble fangs. Your Golden will have tiny premolars designed for tearing behind the canine teeth.

+The big molars for grinding are in the back. Your dog will be able to eat crunchier or tougher dog treats and foods with ease, thanks to these new adult canine teeth.

To teach your dog what is acceptable and what is not, you need a solid training plan. If you start your pet’s training early, there is a good possibility that he will grasp the basic concept and learn to stick to his toys while leaving your belongings alone. 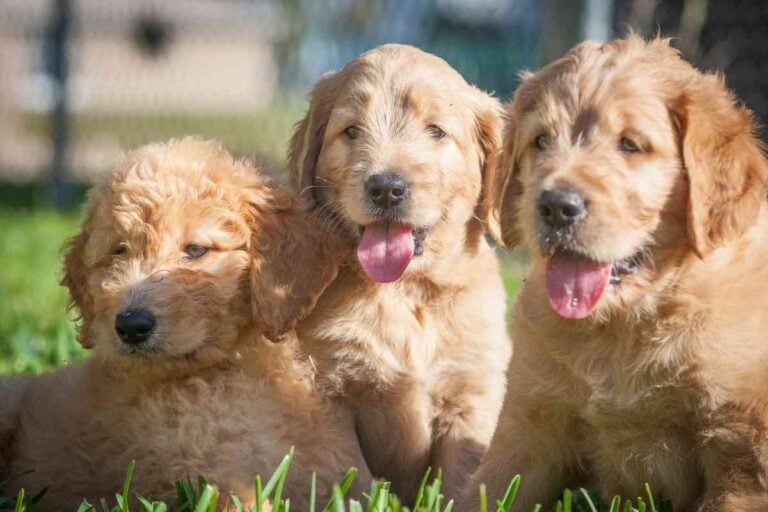 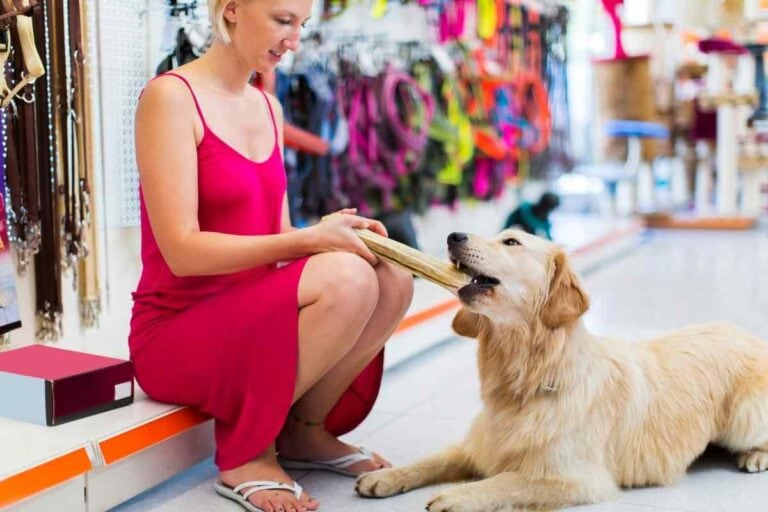 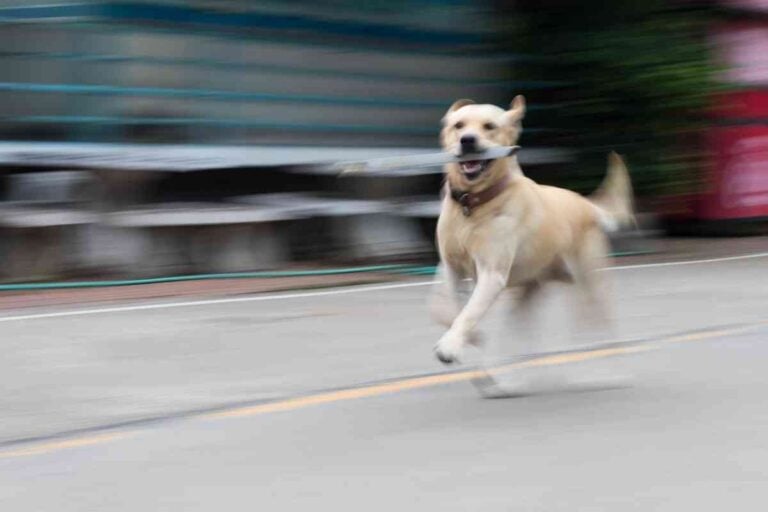 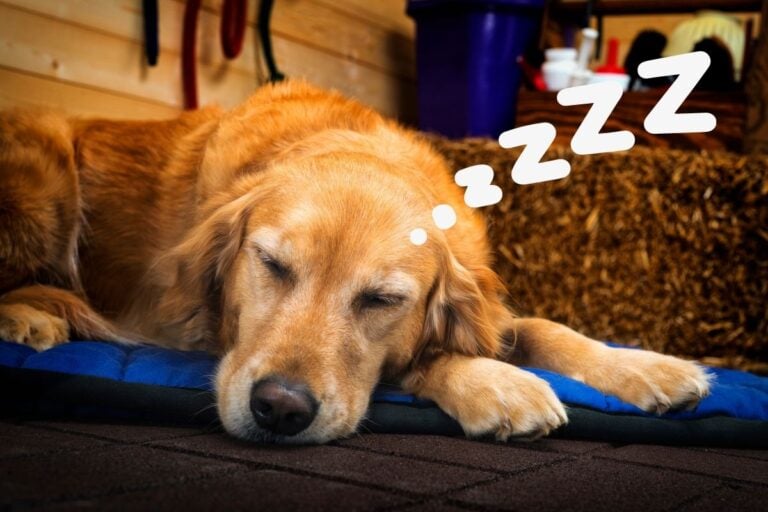