A golden retriever is a great dog to bring home for the whole family to love.

They are friendly and loving and will give you all of their love and devotion along the way.

Their personality is full of energy and likes to play, while also having the ability to calm down and relax with the family as well.

But many pet owners wonder about the intelligence level of this dog and want to learn whether the golden retriever is a smart dog or not.

Golden Retrievers are considered one of the smartest breeds. They rank 4th out of 138 breeds intelligence and obedience trials. They have a uniquely strong adaptive IQ, allowing them to communicate exceptionally well both with each other and with humans.

Based on the research out there, this is a breed that is really smart and easy to train the way that you would like.

Let’s take a closer look at the Golden Retriever and learn more about why they are so smart.

A golden retriever is a very smart dog to have around.

They are great at learning new skills and even some of the commands that you want.

This will make them an easy dog to work with and train up in the way that you would like.

You can even have kids in the family take some time to train the dog with tricks to make it a good bonding experience.

That is just one of the ways that the Golden Retriever is going to be a smart dog to work with.

This breed is also good when it comes to understanding how to communicate and figuring out when their owners are sad.

This is why they are able to just come right up to their owners and put their paws on them or try to cuddle when they notice their owners are feeling a little bit sad.

This will help you to teach the dog some new commands and get them to listen to you better than some of the other dogs you can choose.

How Intelligent are Golden Retrievers?

Golden Retrievers are going to perform well on most of the intelligence measurements that are available.

In fact, they are able to perform in the top ten category for dog intelligence.

They are smart enough to rank as number four out of all 138 dog breeds that qualified for the testing, which means they are up there with some of the more elite when it comes to how smart they are.

While that sounds impressive, it is not going to tell us all that much on its own.

What it can mean though is that this dog is able to learn a new command very quickly.

In fact, most of the time, unless it is a really complex command, they will be able to learn it in fewer than 5 repetitions.

In ten minutes or less, you will be able to teach your dog some of the basic commands that you would like.

This can make it easier for anyone to train a golden retriever in their home.

If you would like to have your children teach them how to sit, stand, and shake hands, this is a great dog to do it with.

They will listen well and they love to please people, and since they are able to learn so quickly, you will not need to worry about the child getting bored or frustrated when they do this.

What can be even more impressive with this dog is that they are able to obey a known command with just one try with a success rate at 95% or higher.

This made them some of the best in terms of obedience in the animal kingdom.

This can help you ensure that the dog will listen to you, without having to worry about them getting hurt or having to repeat yourself a bunch of times either.

How Do Golden Retrievers Compare to Other Dogs for Intelligence?

Now that we know how smart the golden retriever can be in terms of intelligent dogs, we need to take a look at how they compare to the average dog out there.

Coren’s list, which is the standard for measuring the intelligence of dogs, is going to rank a lot of average intelligence dogs between the 63rd and 104th spot on the list.

On average, these are the dogs that will need between 25 to 40 repetitions in order to learn a new command.

This makes them about five times slower compared to the golden retriever, but it is still a decent amount to learn something completely new.

For those who want to train their dog quickly though, it can seem a little bit slower.

Instead of the dog being able to learn in a few minutes like the golden retriever, it could take an average dog half a day or more to learn.

Then we can take a look at the obedience intelligence of this dog.

The average dog is going to obey a known common during the first time you say it about 50% of the time.

This isn’t bad, but it is still a lot lower than the golden retriever.

There are many great dogs that will fall under this average dog category, like the Great Dane, Siberian Husky, and Boxer, so you can still get a lot of options there.

Other Reasons the Golden Retriever is Intelligence

There are a lot of different ways that you can measure how intelligent the golden retriever is.

While the other intelligence markers that we talked about before, it is also possible to look at some of the other categories as well.

To start, we can look at instinctive intelligence.

This is going to refer back to the innate ability and skills that a dog breed was developed for.

While dogs are going to be used mainly as companions, they used to be primarily working dogs in the past.

They worked as game retrievers, hunting dogs, and herders.

The golden retriever is known to be a retrieving dog, so they will have the intelligence to do a lot of the tasks to help with that.

You will find that the golden retriever is good at fetching objects out of the water.

This could make it a great way to exercise the golden retriever with swimming, playing fetch, and playing sports compared to other dogs.

They will develop the natural instinct to fetch objects when they are just a few months old.

And they will thrive getting to run around, fetching things and having fun outside.

There is also adaptive intelligence.

This is the skill where the dog is able to learn to do something on their own.

Dog breeds that have a high amount of adaptive intelligence are able to learn from some of their previous experiences, and they are good at reading situations and environments that are around them.

For example, when a dog has a high adaptive intelligence level, they will make a mistake at some point, and then they learn from it.

They will likely never make that mistake again.

This one is going to vary based on the dog, and ones from the same breed are going to have different adaptive intelligence levels from one another.

But overall, this breed tends to have a higher adaptive intelligence.

Is Your Golden Retriever Smart?

The golden retriever breed is going to be a smart dog, no matter what type you get.

They are considered one of the smartest dogs in the world out of all the breeds, providing you with a smart dog that is likely able to learn commands and more compared to some of the other dog breeds out there.

It is not just the experts who agree that this is a smart dog.

Pet owners love this dog for their intelligence as well.

Whether you want a dog that will not take forever to train or you would like to let the children do some of the training for the dog too.

This is a dog breed that loves to please their owners and will use that to help learn some of the commands that you need.

The golden retriever is going to be a really smart dog for you to have around your home.

They will be able to handle a lot of commands and learn things as quickly as possible.

They are also really good at being obedient and listening to some of the different commands that you give them.

If you want a dog who is smart and will be able to learn something quick, whether you teach them or the kids, then the golden retriever is a great dog to choose. 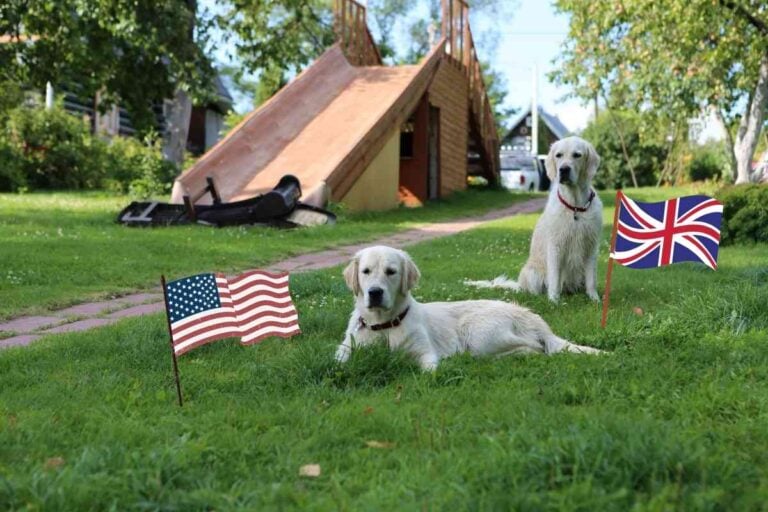 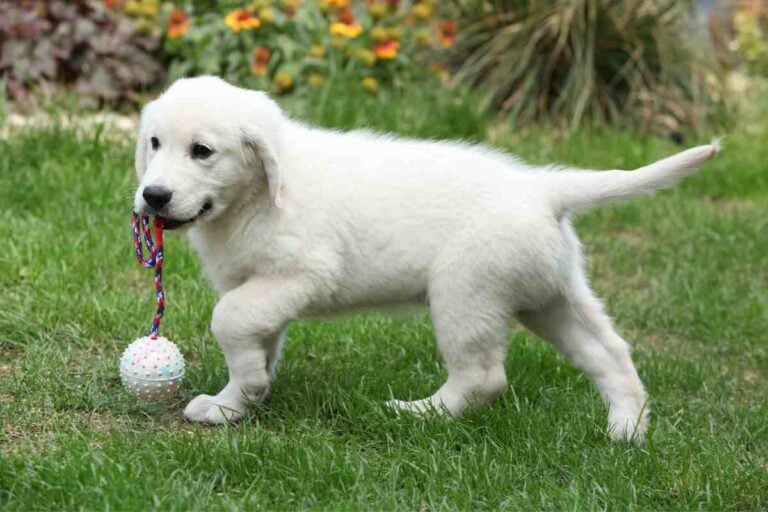 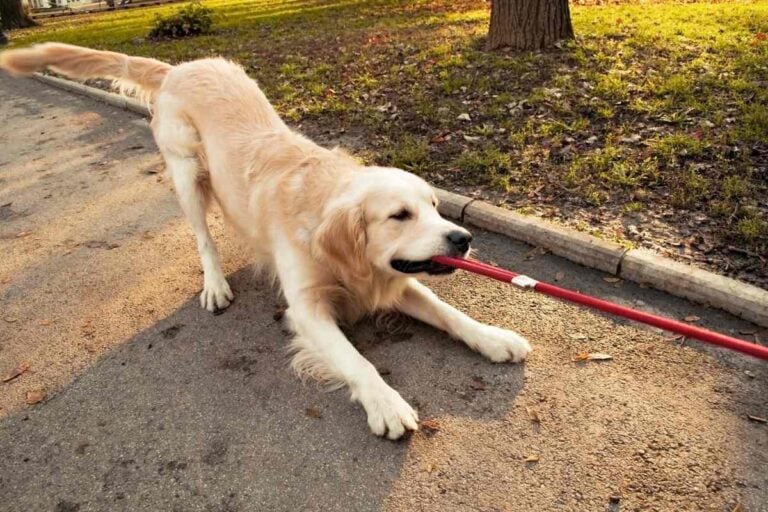 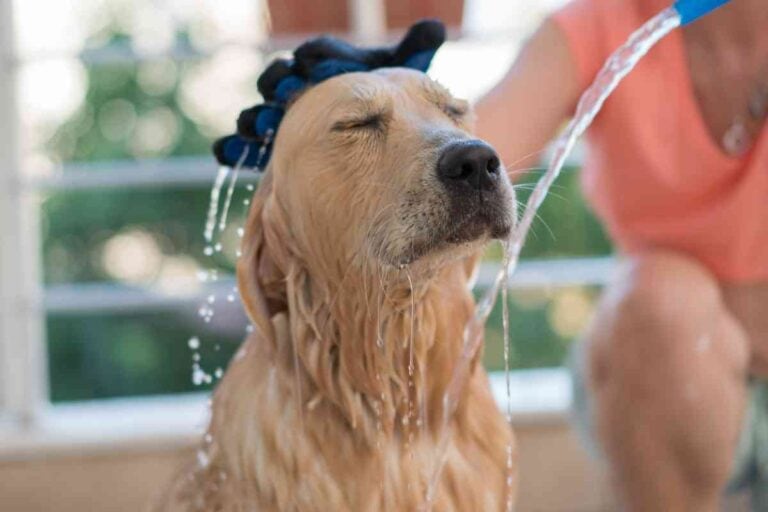