Are there any differences between male and female Golden Retrievers?

The main distinctions between male and female Golden Retrievers are size, marking, personality, maturity, bad habits, and need for attention. For the most part, some of these distinctions are black and white. However, some differences are more subtle, especially if you spay or neuter your Golden Retriever early.

Understanding these differences for any pet parent with a Golden retriever or those looking to adopt one is crucial. They help you know what the requirements of each gender are and how they should expect each gender to behave.

It enables the parent to take better care of their Golden retriever and quickly notice any changes in their personality, behavior, or physiology that are not expected for a particular gender.

Even though these differences might be clear, some may be harder to notice. Also, you come across a few general expected differences that do not fit in with a particular dog. Continue reading below to learn further and understand how male vs. female Golden Retrievers differ.

Let us look at the differences between the male and female Golden Retrievers any pet parent or dog enthusiast should know. However, both are friendly and lovable furry friends that easily integrate into any family.

Please keep in mind that these are general differences and that each dog is unique and does not have to conform to the distinctions we will specify below.

Size is perhaps the most apparent difference between male and female Golden Retrievers. It is also a less subjective distinction between the two genders. In most cases, male Retrievers are bigger and weigh more than female Retrievers.

Generally, male Retrievers have a height of about 22 to 24 inches. Additionally, they may weigh anywhere between 65 pounds and 75 pounds.

On the other hand, female Golden Retrievers can be about 20 to 22 inches. Their weight can range anywhere between 55 pounds and 65 pounds when it comes to their weight.

Also, it is crucial to understand that for most Golden Retrievers, how high they can grow depends on their parents. On the other side, their weight is dependent on their parents, how much they are fed, and the amount of exercise they get.

Although the weight brackets stated above for both male and female Golden Retrievers may not apply to all dogs, you must ensure your retriever does not deviate too much from the figures mentioned. This is because Retrievers can be overweight, leading to joint problems. Ensuring your dog is within a healthy weight bracket will help them live a healthy and long, and happy life.

Due to their earlier maturity age, you may find it easier to start potty training your female retriever and do so when they are relatively young compared to their male counterparts. Also, because males take longer to mature, they tend to act like puppies for a longer time than females.

As you would expect, male dogs mark territory more often than females, which is the same for Golden Retrievers. As you can imagine, you can expect a male retriever to stop, pee and sniff a lot more time during your walk with them than a female Golden retriever would do.

One of the ways some pet parents limit the frequency at which their male retriever marks territory is by neutering. However, this is an option you need to consult your vet before deciding on.

Male Retrievers that have undergone neutering will squat rather than lift their legs to pee. Also, the frequency of peeing will be reduced.

One of the main concerns most prospective pet parents intending to adopt male Golden Retrievers have is that they will pee on everything around the house or apartment. Even though this is a concern, it should not be a big issue since you can potty train your male Golden retriever to avoid it.

One of the best things about Golden Retrievers is that they are not extreme barkers but rather moderate ones. Due to this, Retrievers do not bark a lot.

Spraying or neutering your dog is one way of reducing their tendency to hump things. Finally, it does not matter which gender of Golden retriever you choose; expect there to be some humping behavior.

Even though most parents choose to neuter their pets, this is something that you should consider and consult your vet. This will help you and your vet decide what is best for you and your Golden retriever, think about every option available, and choose the best fit.

Golden Retrievers are one of the most intelligent dog breeds. It is the fourth most brilliant dog breed behind German shepherds, poodles and border collies.

One such theory explains that female Retrievers are more intelligent because female Golden Retrievers mature earlier than males. Another is that they are so because they are less playful and mischievous than males. No matter your Golden retriever’s theories and intelligence level, it is essential to note that not all dogs are the same, and each dog is unique and will develop at its own pace.

Okay, so the male Golden Retrievers are large, and even though they have the loudest bark between the two genders, the female Retrievers are the more protective. The female fiercely protects their families and their home fiercely.

One of the things you will notice with female Golden Retrievers is that they tend to be warier of any strangers than their male counterparts. As such, it is a common thing to see a female retriever barking at something or someone they do not know.

Perhaps one of the most appealing things about adopting Golden Retrievers is that they are very affectionate. They make for some of the best pets, even families with children. They are quick to showcase their affection, and the more they bond with their parents and family, the more affectionate they become.

Most Golden Retriever experts and pet parents indicate that the male Golden Retrievers are more affectionate than the females. Others have suggested that if the dog is one gender, they will be more loving and bond more with family members of the opposite gender.

For example, a female dog will be more affectionate and bond more with male family members and parents.

While these observations and theories are good, they are in no way hard-set rules. Therefore, the way you bond with your retriever can generally affect how affectionate they are with you. And as is the case with every other difference, it is okay for your dog to behave a bit differently from the expected since they are individual.

Golden Retrievers are among the most intelligent, affectionate, and lovable dog breeds. However, for any pet parent looking to adopt a Golden, they need to carefully evaluate their decision and decide on the right dog to adopt.

Below are some of the things anyone looking to adopt a Golden retriever should look at before making their final decision.

A Puppy Vs. Grown Golden Retriever

Puppies are cute, but you need to realize that they have a lot of energy and will spend most of the day playing, jumping around, and knocking things over. However, grown Golden Retrievers tend to be a lot calmer and settled.

Make sure you know what suits your family and the size of the retriever you are adopting. Puppies will require a lot of attention and training than grown-up Retrievers. Generally, the cost of raising a puppy is also higher than a grown dog.

Also, if you have a family with young children, a grown-up Golden retriever is more likely to suit your home than a puppy.

We always tell our readers that no one gender is better than the other. However, you may find that a specific gender will match what the adopting pet parent is looking for more than the other.

When you have to know the differences between the male and female Golden Retrievers, we hope the section above will help you immensely with this. When you understand their differences, it will be much simpler to pick the correct gender of the Golden retriever to adopt.

The differences also highlight the distinction in personalities and traits, which is crucial to consider when you are looking to adopt a Golden retriever and any dog breed.

Are You Ready to Adopt?

Not everyone evaluates whether or not they are ready to adopt a Golden retriever before they go ahead and do it. Adopting a retriever is a long-term commitment, and as such, you have to make sure you understand the responsibility and that you are capable of undertaking it. Every dog is an individual, and it will be an ‘evil move’ if you adopt one only to mistreat or abandon it a few months down the line because you cannot take care and provide for it.

You must understand each requirement and need of a Golden retriever before signing the paperwork to adopt them. Learn about their dietary, exercise, healthcare, and training needs and evaluate whether or not you can fulfill them. If you can, you may go ahead and adopt a retriever, and if you are not, be honest and do not do it.

Can You Afford Adopting a Golden Retriever?

Look at the cost of adopting, and this is not a running commitment but a one-off payment to the breeder or pet adoption agency offering you the opportunity to take home a Golden. Next, look at the costs and expenses involved each month.

These may be for things such as toys, treats, and food. Also, if you will not be able to train your dog and would instead hire a professional to do so, ensure the cost is factored in.

Finally, ensure you consider the cost of long-term expenses such as pet insurance, medical emergencies, and others. The main point here is to ensure you take all costs and expenses into account and make sure you can meet or will be able to meet them. 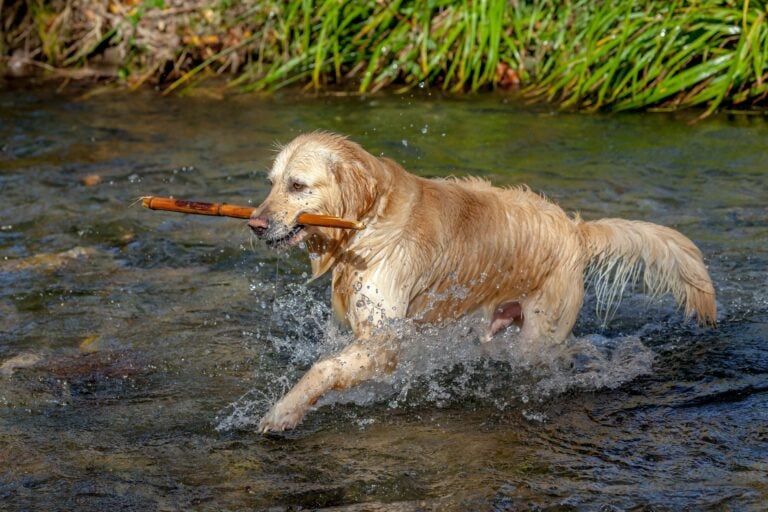 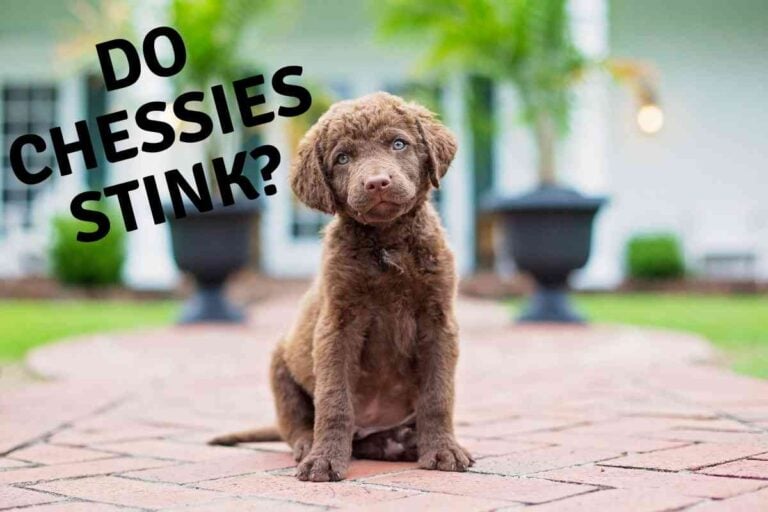 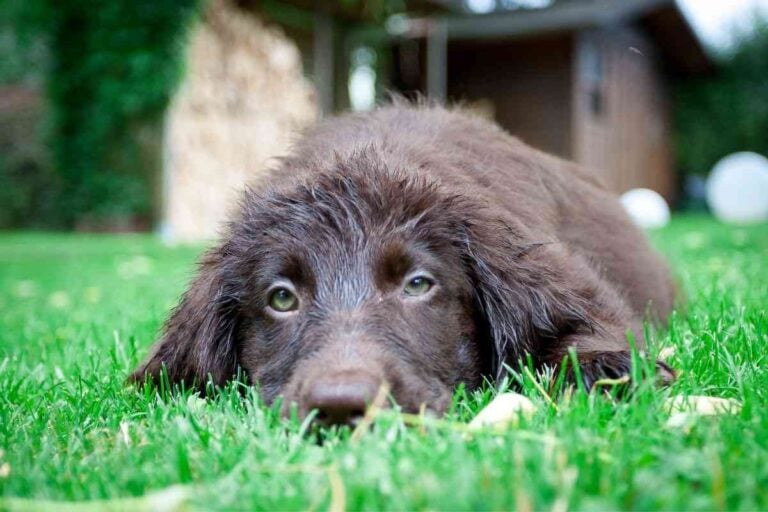 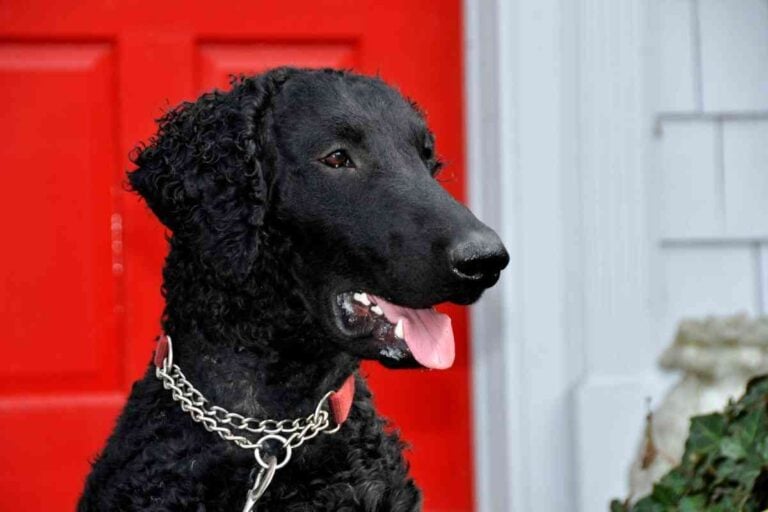 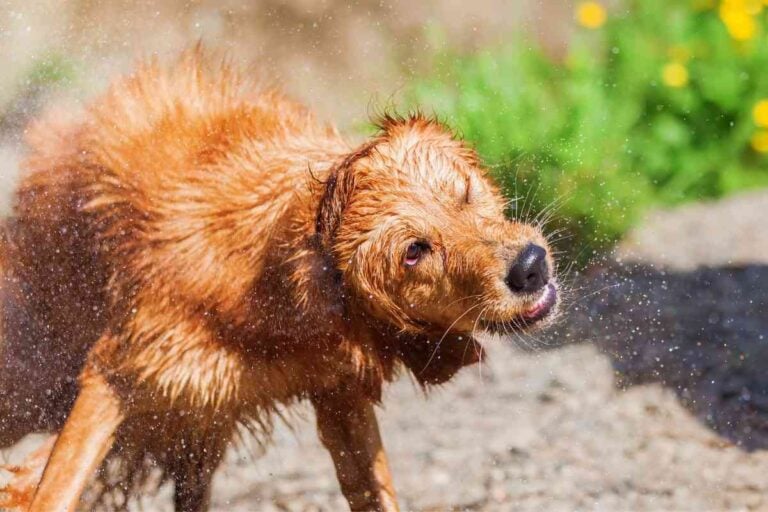 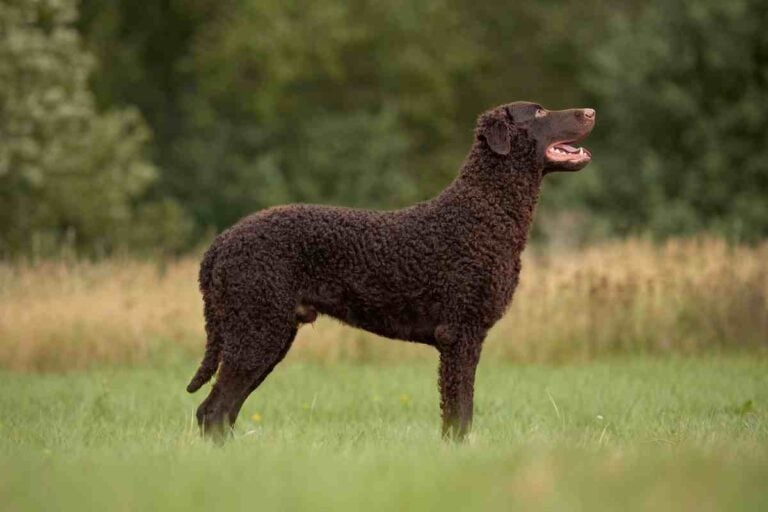