We all love puppies, golden retrievers, or otherwise, but sometimes all that fun and exhausting puppy behavior can get tiring, and we want them to be grown up already.  It can leave many wondering, like myself, when exactly does a golden retriever reach its full growth?

I hope you will enjoy what I found out this past weekend when I researched this topic.

At what age is a golden retriever full grown?

The age a golden retriever is full-grown can range anywhere from sixteen to twenty-four months.

Since each dog is unique in temperament, personality, character, intelligence, strength, and appearance, they will all vary slightly.

The most apparent determining factor is their genetics and breed background.  The genes they get from their family background will help determine what they look like and who they are as a dog and how fast and at what age a golden retriever is full-grown.

Despite that golden retrievers are all one breed, each dog will be individual, whether a past ancestor or a current puppy. Still, puppies will follow the genetics and breeding of their parental lineage with slight variations because they have two dog parents.

The age a golden retriever is full-grown depends on how fast they develop in mental capacities, physical abilities, and emotional or behavioral state.  Each of these areas can be modified slightly through their environment and how they are cared for or loved.

However, if a golden retriever is not shown appropriate love and if they are not fed well or provided with necessary stimulation of their mental capacities, they may not thrive as well.  This can mean that the age a golden retriever is full-grown takes longer than usual.  Sadly it can also mean that they may never reach their full potential as a dog depending on the environment they live in or their life circumstances.

Each area of their body, physical, mental, and emotional, will develop with each stage of a golden retriever’s life from puppyhood to adulthood.  The age a golden retriever is fully grown is a combination of the three combined together.

A golden retriever is full-grown can vary from sixteen to twenty-four months, but the time it takes is less important than the growth itself.  It is by far more vital that they reach their full potential as a dog in all areas of their life than the number of months themselves.

What if my golden retriever doesn’t appear to be fully grown by twenty-four months? Does it mean there is something wrong with him?

If your golden retriever doesn’t appear to be fully grown by twenty-four months, it doesn’t mean anything is wrong with him.

Many factors determine growth, and no dog will reach this full potential by following a guideline or another dog’s development.  As long as your dog is being fed a healthy diet that is adequate for them and provides the love, attention, and stimulation, and training they should be getting, they will eventually get there.

Consulting with your golden retrievers’ veterinarian, the scheduled appointments and concerns can shine a light on potential issues that could be causing the problem if one exists while bringing peace of mind to the pet parent.

While some issues can delay or stunt growth for a golden retriever, just as in humans, these are less common, and most often, the slower growth that is seen is only a part of who the golden retriever is as a dog.

At what age a golden retriever is fully grown can only be considered when a veterinarian is consulted to ensure the overall health of the unique dog.

My golden retriever appears to be fully grown before the sixteen-month time. Is that okay?

If your golden retriever appears to be fully grown before the sixteen-month time, it is okay.  Guidelines and charts are just that, a guide or chart to show what is likely to happen but not a rule of thumb for what always does happen.

With that being said, it is possible that your golden retriever has completed the growth physically and is still growing and developing mentally and emotionally on the inside, and you can’t see it.  Sometimes physical development is completed first, with the growth of mental and emotional taking slightly longer.  It sometimes helps to remember that your golden retriever is an individual and will grow at their own pace.

Another possibility is that they are taking a break from growing outside to focus on the inside.  Our bodies and that of our golden retrievers will control how, if, when and by what means growth happens.  Mother nature, genetics, and the individual dog run the show when it comes to growth.

If they have stopped growing on the outside at an early age, it could mean that this growth will begin again in a few weeks or months.  More focus might have been needed for what was going on, on the inside of the body first.

As long as they receive adequate amounts of food and are eating a healthy diet, there is nothing to worry about.  If, however, this is a big concern for the pet parent, consulting with their veterinarian is for the best to give peace of mind.

Gender affects their reproductive development, which happens around six months of age, causing each gender to act differently due to hormonal changes and development in this area.

In the end, each dog is as unique as this lovely breed itself.  While gender can play a role at what age a golden retriever is full-grown, the result is still up to the individual dog and patience must be given to development.

At what age a golden retriever is full-grown can be a curious topic. However, it should be less important than the overall health and development of the individual dog itself.

Growth and potential can never be fully measured by a set number of times as life are forever about development and experience.  Even a senior golden retriever can experience mental growth or learn new things, just as we humans.

As long as the golden retriever’s veterinarian tells the pet parent, they are healthy and well-developed. We can probably leave the numbers and time for other areas of our life.  With so many golden retrievers to love, it doesn’t matter how long their growth takes anyway! 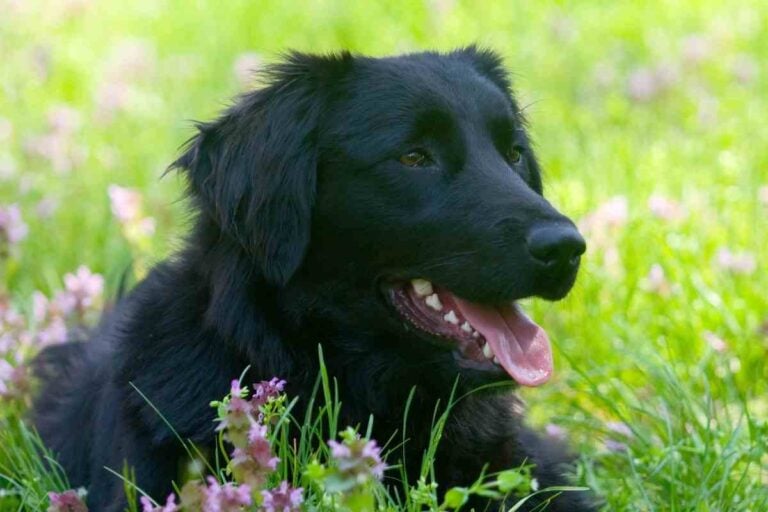 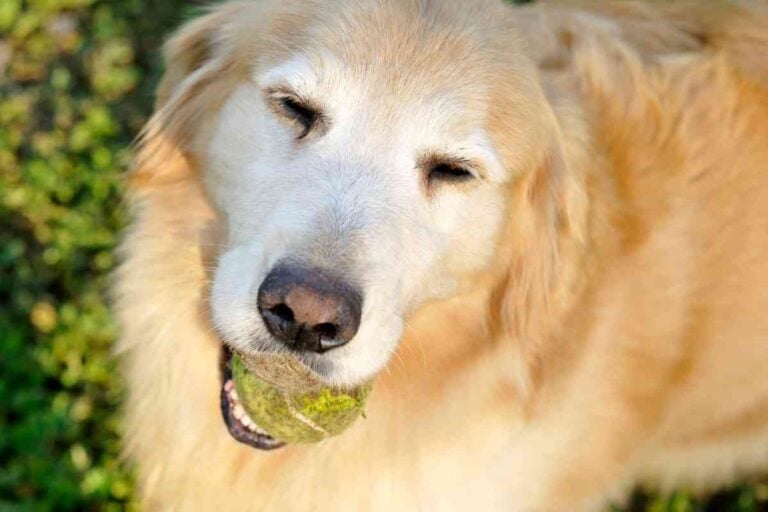 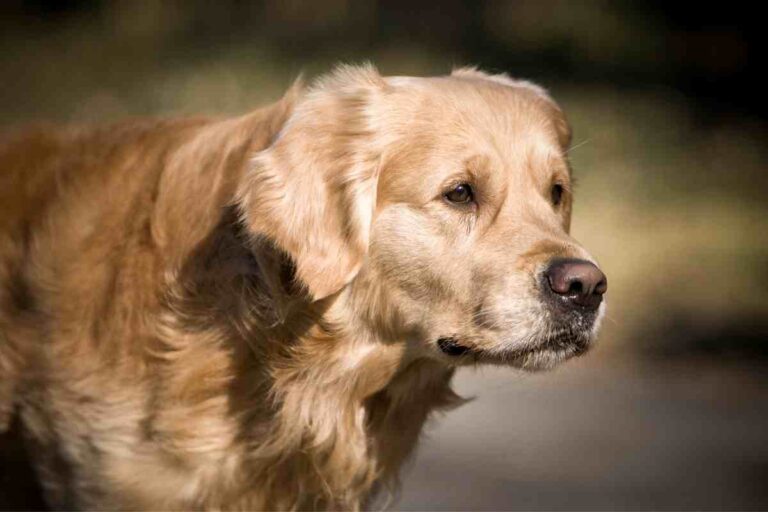 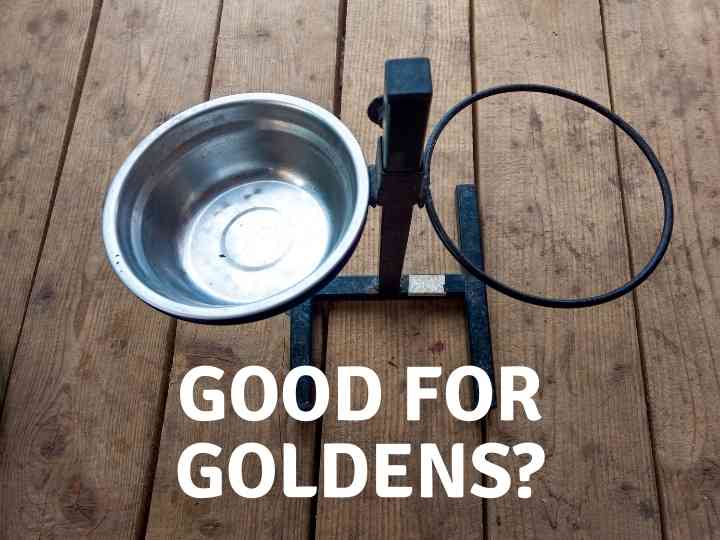 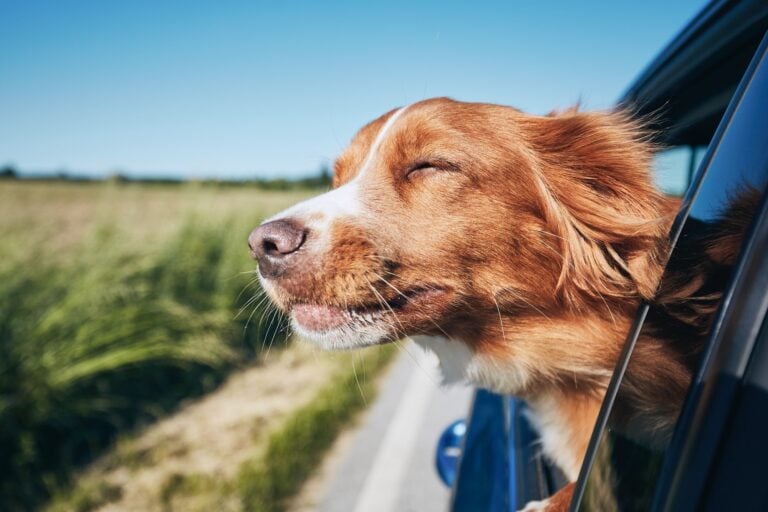 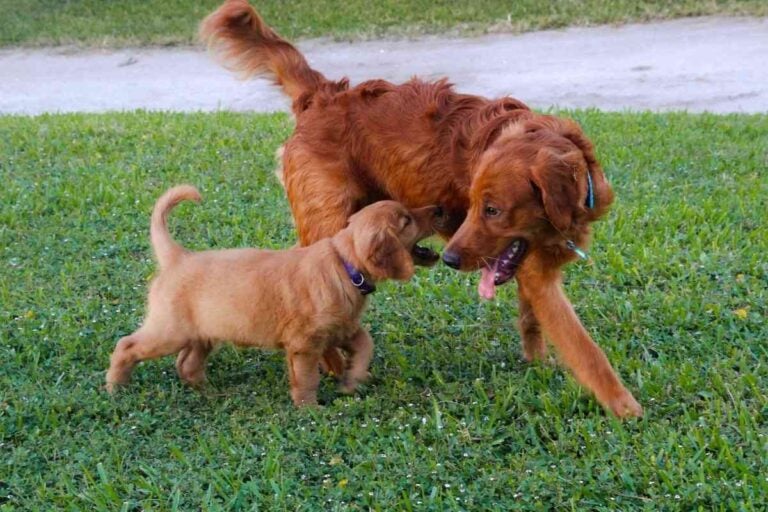